In a move designed to provide the Kawasaki Puccetti Racing team with two potent riders in readiness for the Thailand round of the FIM Supersport World Championship, local rider Thitipong Warokorn will join regular team rider Kyle Ryde at the Chang International Circuit in Buriram. 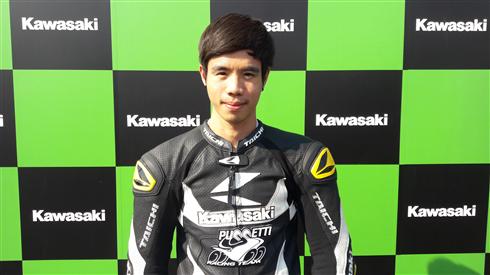 Warokorn will be riding in place of injured team regular Kenan Sofuoglu, who is hoping to return to action at the first European round of the championship at Motorland Aragon in early April. Sofuoglu is eager to get back to action to go for what would be his sixth title in a class of racing he has almost made his own in recent seasons.

The chance to join the official Kawasaki entry in the WorldSSP class is an ideal opportunity for Thitipong to shine in front of his home crowd as a Kawasaki rider for the first time. He joins Kawasaki as a regular Thailand Superbike Championship rider this season, after competing for other manufacturers for most of his career.

Starting Motocross racing at 8 years of age Thitipong won several national titles before crossing over to roadracing in 2010. He continued his success almost instantly, by winning the Thailand Superbike Championship in 2010 and 2011.

The 28-year-old rider from Chonburi has ridden once before in the WorldSSP championship, at his home circuit, in 2015. He is perhaps best known outside of his native country as a Moto2 rider, having competed in 42 races across three seasons.

Thitipong is also a well known as a competitor in the Asian Supersport Championship, which he competed in last season, before opting to re-route his career with Kawasaki in his return to the Thailand Superbike Championship of 2017.

In the permanent Puccetti set-up Kyle Ryde made a thoroughly positive start to his WorldSSP career in taking fourth place in the opening round of the season, finishing just 1.679 seconds behind the winning rider, in a race weekend with all the hopes of the team riding on his young shoulders. His confident and assured start sees him approach the second round eager to get back on track and go for another strong points score.

The second WorldSSP round of the season will end with a 17-lap race on Sunday 12th March, at 14.30 local time in Thailand. 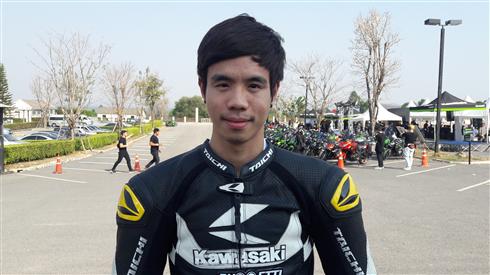 Thitipong Warokorn, stated: “This WorldSSP Buriram round will be my first race under the umbrella of Kawasaki, as I will compete in the Thailand Superbike Championship with the Ninja ZX-10R in 2017. It is so lucky for me to get this big opportunity in the official WorldSSP team on the Ninja ZX-6R at Buriram. This is my home circuit and I know it well.”