Jonathan Rea (Kawasaki Racing Team) and his team-mate Tom Sykes each led the first race of the new FIM Superbike World Championship season at Phillip Island in Australia and contested the win right to the very last lap. Ultimately, Rea took his 39th career race win and Sykes only his third ever podium finish at this circuit, after a highly successful opening race day for the new Ninja ZX-10RR. 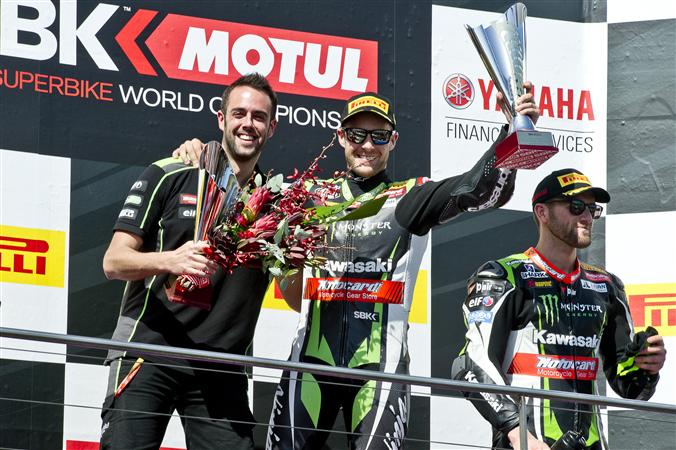 With tyre wear always a potential issue at the unique and fast 4.445km Phillip Island circuit, the early pace of the race was controlled by the top riders to ensure their overall race package be in good shape at the end of 22-laps, especially on a track surface that was warmer than during the opening day of practice.

Rea and Sykes, starting 1-2 on the grid after Rea had scored his ninth career pole earlier this morning, had both shattered the previous track best record to earn their top grid placings. Tom and Jonathan had to fight for much of the race, which had a consistent leading group of 14 at one stage. As the laps counted down to the finish first Sykes, and then Rea, lead the final charge towards the flag.

Rea gave the Ninja ZX-10RR its first race win by using all his race craft on the final lap, heading off Chaz Davies by 0.042 seconds, with Tom in third place and just 1.050 seconds from the winning time.

Rea has now scored four wins from the last five races held at PI, with one more race still to go this weekend. For Tom, who has seldom found great fortune at this track, his podium was both a cause for celebration and a motivating factor for race two tomorrow. 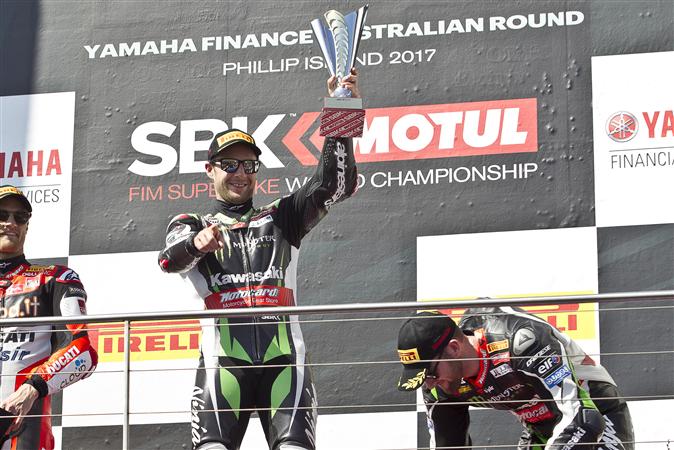 Jonathan Rea, stated: “That was one of the strangest races I have ever been partly because in some places the pace was slow in the 1’33s but I was wary to always stay at the front of the group and keep out of trouble. I think the further back I ever was third but I tried not to do too much at the front. I knew when Chaz mounted a challenge at the end I needed to be really strong. Twice after lap ten I tried to go to the front and push the pace forwards but it did not really pan out. With two to go I got track position and then played it clever on the final lap. We have been working hard in the off season to find some advantages.” 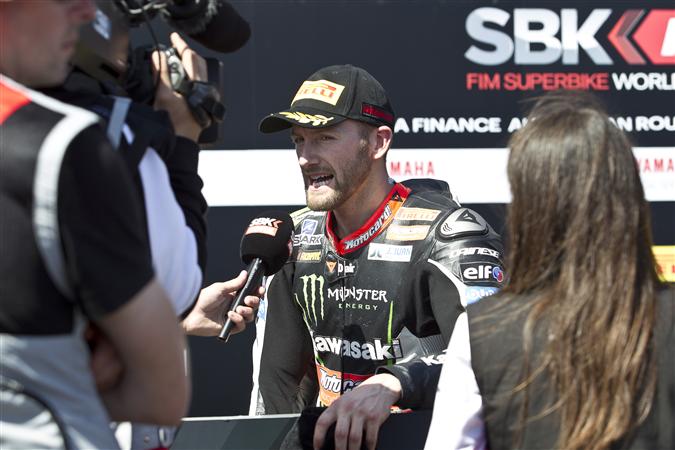 Tom Sykes, stated: “Considering the two days of testing this week, and yesterday’s times, I would say we have taken a good result today. But, considering where we were, close behind the leading two, I am disappointed not to get something extra! But that is only my third ever podium at Phillip Island, so to make a top three here, very close to the two guys who were out front, is potentially better than a win at some other circuits for me. Really I am quite happy. We had some warnings from the bike at times and we were able to adjust. In a nutshell, at this track, with hot track conditions today, a little bit of wind too – everything against what I would normally want – I was on the podium, and close to the winner. So for me this has been a very positive day and felt quite comfortable out there.” 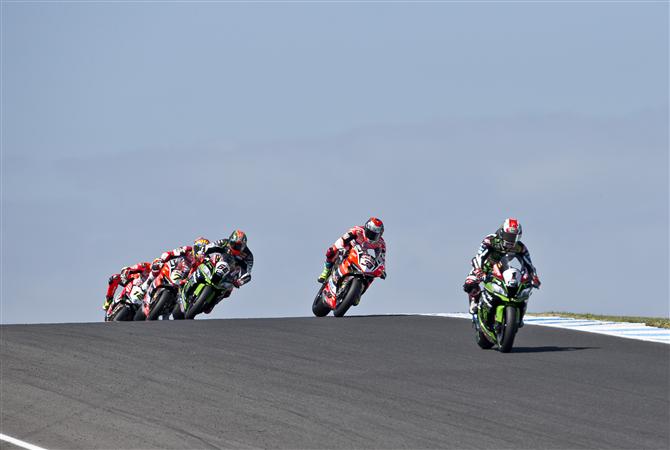 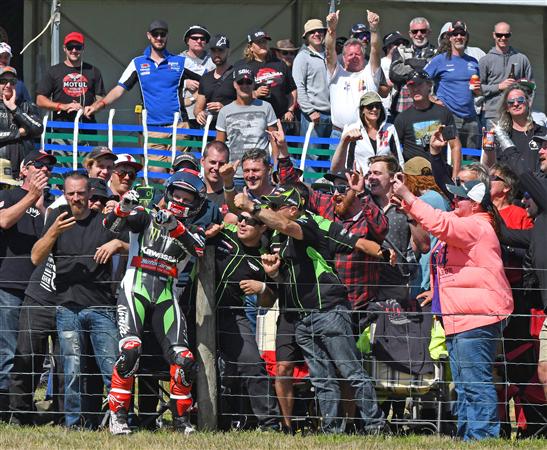