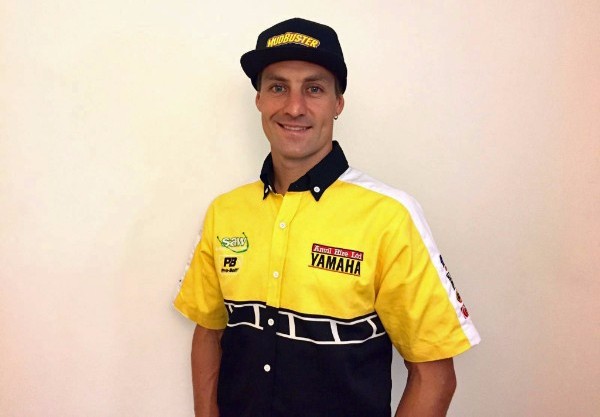 2015 MCE British Superbike champion Josh Brookes will make a spectacular return to the grid this year as the Australian comes out gunning for a second title as he is reunited with Yamaha in Anvil Hire TAG Racing colours.

Brookes celebrated a debut MCE BSB title in 2015 claiming an incredible 13 wins and a further ten podium finishes in his title-winning campaign with Yamaha against arch rival Shane Byrne before moving to the World Championship.

Brookes becomes the tenth different race winner to feature on the 2017 grid with the countdown to the opening round at Donington Park (31 March – 2 April) continuing as the team prepare to embark on their pre-season testing programme in Spain.

Brookes said: “I am happy to be back in BSB; it is all really positive for me as I have probably raced more years in this championship than any other so it is my most familiar territory. I am looking forward to coming back, racing on the tracks and meeting the fans again.

“I was exploring a lot of different possibilities but the deal that Rob and the team have put together was the best option for me. To be riding the Yamaha again is the icing on the cake; I know what it is like to ride, I found my rhythm with it before and I know it suits me.

“I don’t like my competition, I don’t hate my competition – they are all competition so it is no different from any other year I have raced in the championship. My goal is still the same and that is to maximise the potential and environment I am in. I won’t start focusing on other riders and what they are doing until the Showdown and hopefully we will be in a position to then focus on our main rivals.

“I think for me to win a second title would mean as much as the first because I have a constant hunger and desire for racing and remain as passionate as ever to leave Australia behind for the season to pursue a championship. I am always in search of results and improving on previous years. Every test, practice and qualifying session or the races I always approach with the same motivation and that is to try and beat the competition.”

Team Owner Rob Winfield said: “This is certainly the biggest deal we have put together as a team, and I’m extremely proud of how far we have come and signing Josh certainly shows our intention for this year. We want to show the potential we know the Yamaha has, and bringing in the 2015 champion who won the title on board this very bike is a very exciting prospect.

“Josh is extremely talented, and one tough year in World Superbikes hasn’t turned him into a bad rider overnight. We have a high hopes for him this year, with the extensive testing programme that has been put in place, we certainly are going to hit the ground running.

“We have set only a few goals for Josh, he knows what they are, but it’s important he enjoys his racing again, and being back on a bike he loves will only mean good things. This year the competition has risen another notch, but so has our ambitions, so we aren’t here to make up the numbers.”

Rob Brown, Managing Director of Anvil Hire commented: “It’s with delight to announce that we have agreed a further deal with the team for the 2017 season, and we can’t wait to get underway. When we heard of the teams plans for the year it was a no brainer for us to step up a level. Josh is a great rider who has shown his quality in previous years and we fully expect that quality to be on show throughout this season.

“That quality we also believe will bring Shaun on leaps and bounds and we fully expect him to be within the points this year and we are very excited for this season.”