S-X Open is set to be a smasher at Mount Smart stadium, Auckland November 24th. Track is looking on point, Riders are keen, having taste of the triple today in Media Press morning under blue skies. 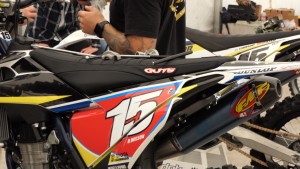 S-X Open Management, along with WEM Kevin Williams fine-tuning organization for the big event, made all feel welcome amongst Media personal, making most of opportunities to get up-close with Riders, giving viewers visual glimpse on behind scenes preparations for NZ’s largest S-X Open ever.

Film edit previews S-X Open, day before racing: it will be a goodun!