Round six of the world championship MX2 was an event of mixed emotions for Rockstar Energy Husqvarna Factory Racing. Thomas Kjer-Olsen was showing that he has the speed to battle for the top three, the young Dane earned fourth overall in the 250cc class. Battling back from a crash while running sixth in moto one, Thomas reached the finish in ninth position. Getting a mediocre start in moto two, he made a series of impressive passes to claim fourth. 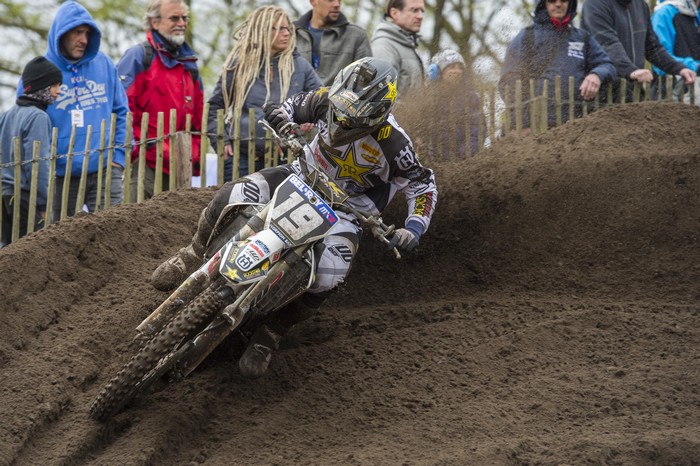 For Thomas Covington the highlight of his GP in Valkenswaard was a strong third place result in the opening MX2 moto. Bending his bars during a crash in moto two, the young American was unable to finish his last race of the day.

A poor start in moto one and a crash in moto two didn’t allow Conrad Mewse the opportunity to capitalise on the improved speed the Brit demonstrated during the previous GP in Italy. Collecting 20/22 results, Conrad had to settle for 25th overall at the GP of Europe. 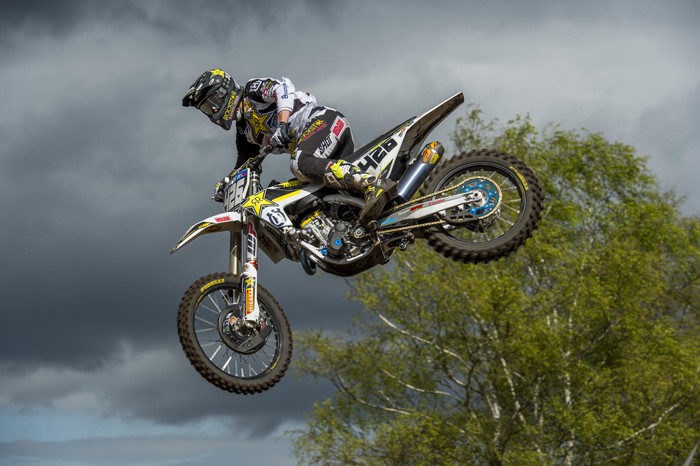 The Rockstar Energy Husqvarna Factory Racing team will return to action at round seven of the 2017 FIM Motocross World Championship in Latvia on May 6/7.

Thomas Kjer-Olsen: “We’re in a very good place right now. I’m enjoying racing my bike and my speed is really competitive. If we manage to minimise mistakes, we will be able to consistently be on the podium. In moto one I got a good start but as I was battling for the top five I was involved in a crash with a few other riders. I picked myself up and kept pushing hard to get ninth. My start wasn’t as good in moto two, but without making any mistakes I crossed the line in fourth for fourth overall at the GP. We’re fourth now in the standings and I believe we can go even higher.”

Thomas Covington: “My riding was good throughout the weekend despite the rough sandy track. Following a strong sixth place in qualifying race I got off to a good start in moto one and managed to make some good passes for third at the finish line. Towards the end of the moto I felt a bit of pain in my back but I tried not to let that affect my performance and my lap times. To finish third felt good and I was looking forward to moto two. Unfortunately, my start was bad in the last moto and as I was pushing to make passes I crashed and bent my bars. The championship still has a long way to go. We proved the speed is there so it’s up to me now to reduce mistakes and be more consistent.” 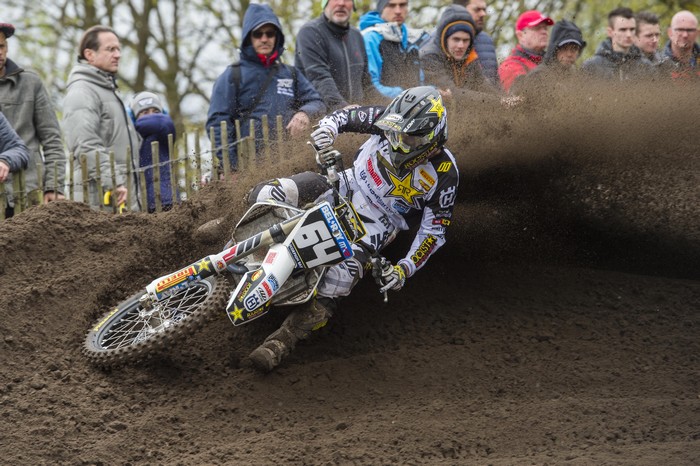 Conrad Mewse: “Overall, I’m satisfied with my speed over the weekend. We started off with a strong ninth place during qualifying and a good overall feeling on the rough sandy track. Battling through a bad start in moto one I had to settle for 20th. My start was way better in moto two and I was running in fourth place before crashing in one of the big downhills of the track. I picked myself up but couldn’t manage anything better than 22nd. My results might not have been great but I’m happy with my pace, especially towards the end of the first moto.”