The FIM Motocross World Championship will kick off this weekend in Losail (Qatar) and the three official teams representing Monster Energy Kawasaki are ready for this new and long season. 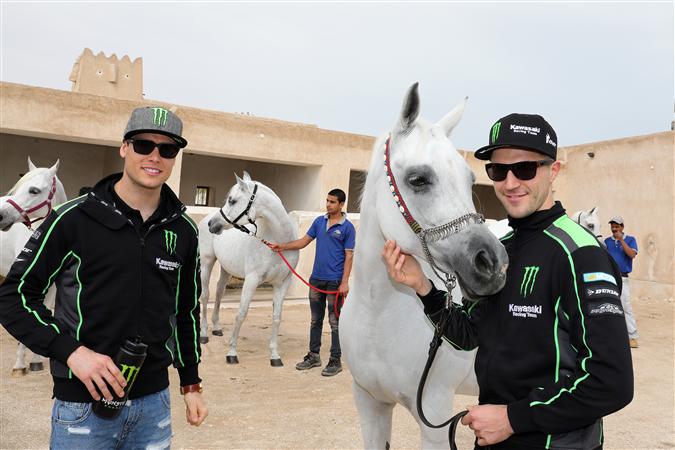 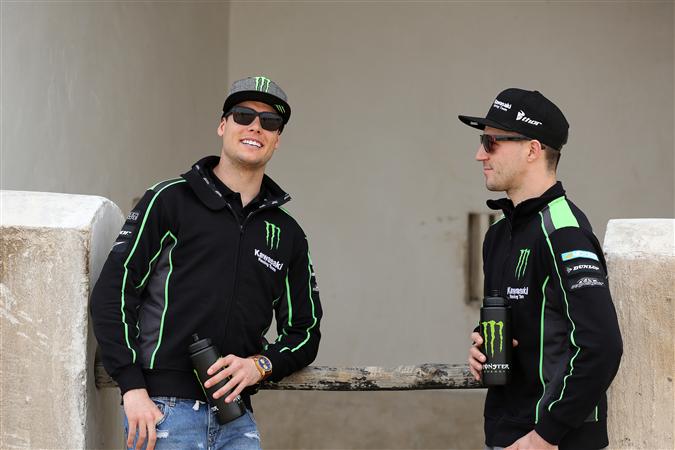 With the same line up as last season, the Monster KRT Team was able to have a good winter and both Clement Desalle and Jordi Tixier claimed good results during their pre season races at Hawkstone Park and Lacapelle Marival. “As we keep the same riders as last year we have been able to work on continuity with Clement and Jordi, and, touch wood, I must say that our two riders are fit and ready this year, a totally different situation to that we faced twelve months ago when both riders were injured. We had a good winter; in January Jordi went in Sardinia and Clément in Spain where they found good conditions to train and practice, and in Hawkstone and Lacapelle both got good results. Last year we had a new bike and, as our riders missed several GPs and were not playing any important position in the series, we already started to introduce some upgrades already during the races. This winter we again improved the bike; we had some feedback from the riders and also share experience with KHI in Japan and our technical partners. We were pretty unlucky with injuries in recent seasons; unfortunately injuries are part motocross and we can’t do anything to change that so we just expect to have both riders at the start of all the races. They have a good feeling with the bike, so let’s hope that we’ll see some green bikes in front of the MXGP class,” said KRT team manager François Lemariey who is focused on the MXGP class. 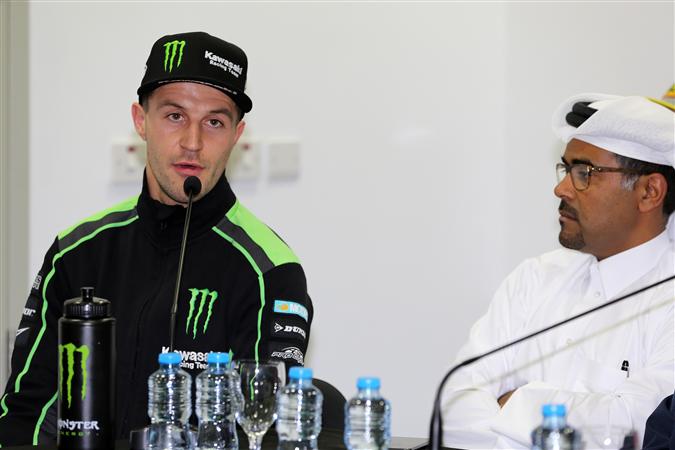 With one MXGP and two MX2 riders, Steve Dixon and the Monster DRT squad will be involved in both classes as soon as Tommy Searle will be fit after his knee injury sustained this winter in California. During the first overseas event, the team will be focus in the MX2 class. “It’s our third year with Kawasaki, and this winter we’ve been working on the new 250 Kawasaki; the changes have been really good and we’re proud to welcome a new partner with Liqui Moly. Our 250 riders are fit and ready, Darian (Sanayei) spent six weeks with us in the UK and then we sent him a bike in the USA, where he trained this winter until two weeks ago. He had a really good off-season, as did Vsevolod (Brylyakov), who is based in Belgium where Georges, one of our former mechanics worked with him this winter. Then he has been down in Spain with Brian Jorgensen and trained well before coming back to join us two weeks ago. The off-season also started very well with Tommy (Searle) but after Christmas he twisted his knee in a small corner and underwent surgery, so he will miss the first races. We’ve not done any pre season races, but I believe the season is long enough and if you look at America they just come straight and race ! There’s a lot of adrenaline and excitement coming to the first race, you just need to be confident; you’ve worked a lot in winter time, it’s not for this race, it’s for the season and that’s also what I said to my riders,” explained Steve who is one of the most experienced managers in the paddock. 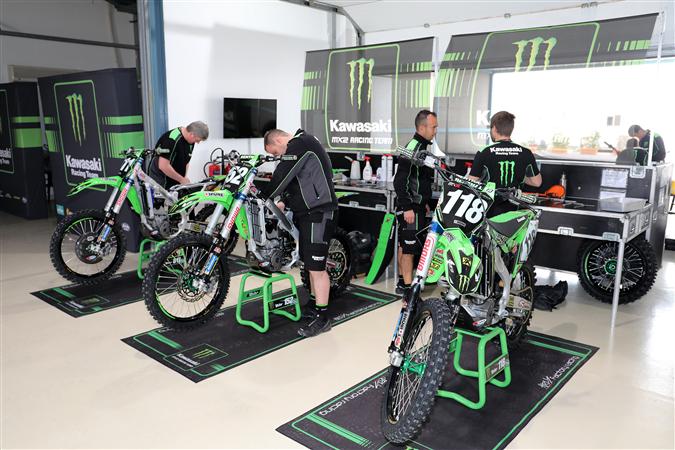 The Monster Energy Kawasaki MX2 Racing Team enters a new area with two new riders and some changes in the squad which is now based in southern France. “We changed many things this winter as we moved the workshop to a new building in the south of France, and we also have some new people in the team. We have perfect conditions to work and as the bike is new we had a lot of development to do this winter; we have a very strong staff and we feel ready for these first GPs. We have a new technical partner with Michelin and I can honestly say that the riders have been surprised as the company made some huge improvements after being away from motocross GPs for several years. We also have two new riders in the team; they are both easy to work with and it’s very nice to see them training, working and joking together. There’s a real team spirit and of course we expect to put our bike on the podium many times; the MX2 championship is very open and we’ll take it race by race,” revealed Technical Manager Fred Lavergne.

The regular race programme will, as always, be slightly different in Qatar, with the practice and qualifying sessions on Friday, while the races will take place under the spotlights of Losail on Saturday evening. 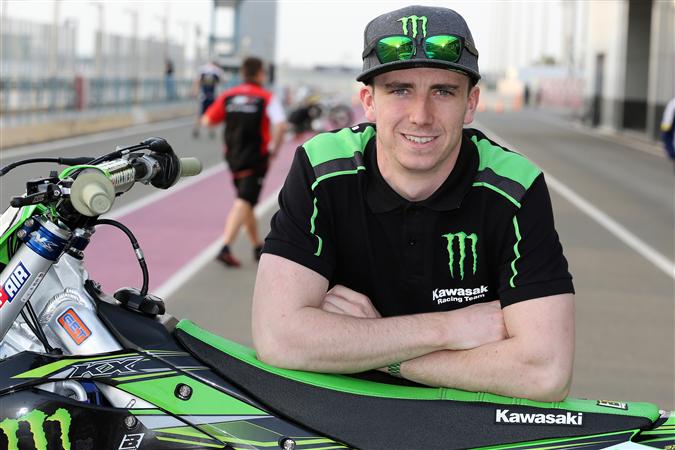